Sections/units of modular homes vary in size. It depends mainly on the maximum size allowed by the Department of Transportation, DOT.

In most areas, the maximum length is 60 feet.

The maximum width is 14 to 16 feet in some locations.

Federal, state and local regulations limit the maximum height of any vehicle and its cargo to usually 13 feet 6 inches.

Since modular homes are shipped on flat-bed trucks with a height of 2 feet 6 inches, the maximum allowed height for the unit is 11 feet. If shipped without the roof, the wall height could be up to 14 feet.

If shipped with the roof, the wall height may be 9 feet, and the remaining allowable height is for the roof.

Planning for the orientation and number of units/modules is usually a coordinated effort between the designer and the manufacturer. 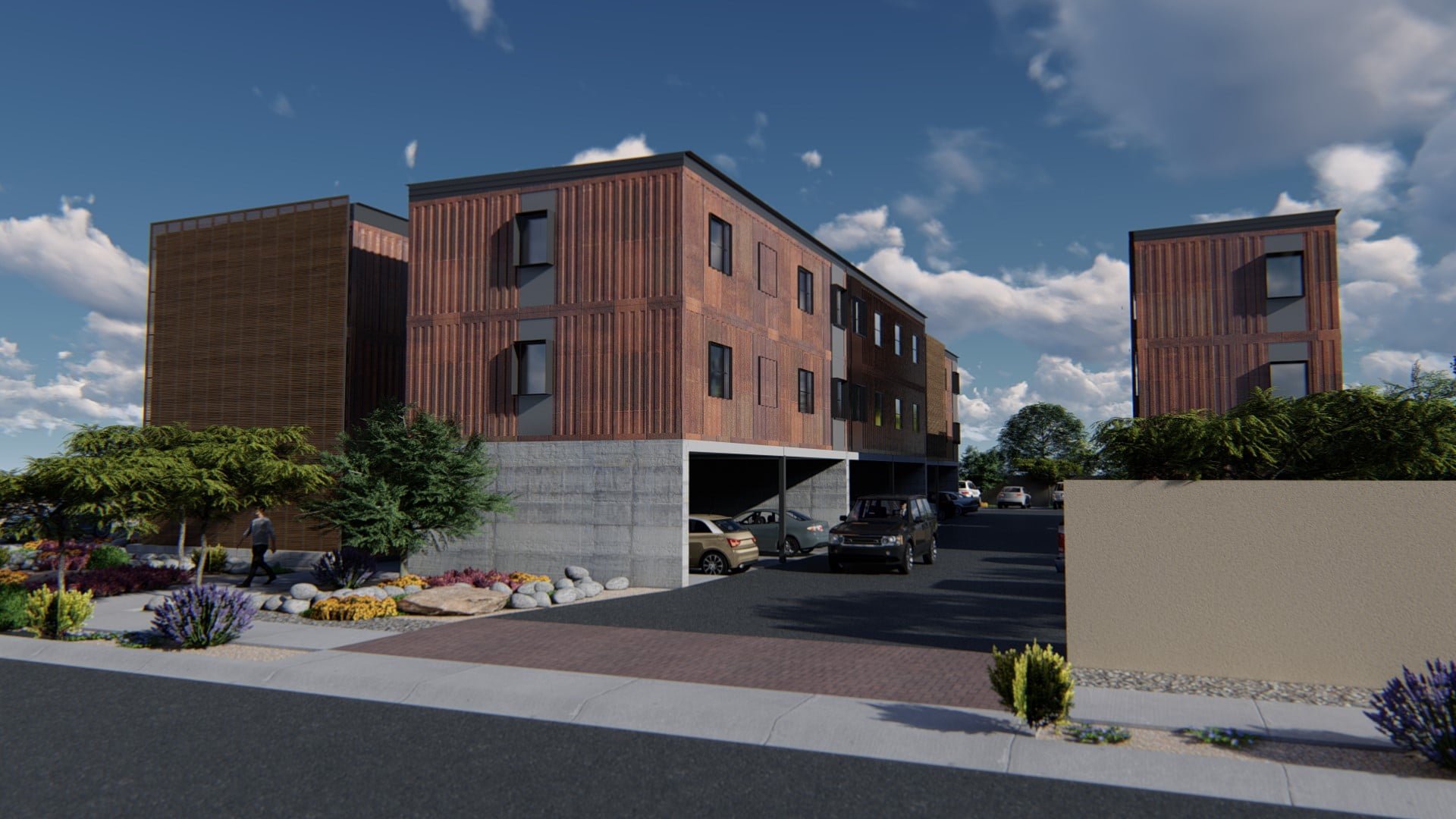 The structural designing of a modular home will consist of two steps:

The structural analysis and design for the modular home is similar to the design of the site built home/building with the following exceptions:

Many modular home builders like the top of the stem wall to be flat, without anything sticking out.

You can significantly reduce the first floor deflection on the first floor for modular homes, (especially for a span of 13 feet or more), by using site built pony walls to support the floor.

When a modular unit and a site built portion meet at a corner, provide a hold down for both the modular unit, and the site built unit at the same corner.

Tie the Entire Modular Home Together

Modular units should be tied together to form a single building by one of the following means; straps, bolts, lag bolts or screws.

Location of ties for modular homes

If the height of the above modular unit is less than what the Department of Transportation allows, then the roof will be installed in the factory. If not, the roof will be installed on site. Another way to overcome the height issue is to use hinged/folding trusses, also known as Cape Cod trusses. Some roof trusses come with hinges so they can be shipped flat and lifted to the correct slope on site.

Hinged/folding trusses are also used to overcome the width of the unit/modular. The overhang could be hinged and folded back on the top of the unit. The roof can also be made of several sections, fabricated on the factory, transported, then assembled on site.

Some types of the roof for modular homes have double rim joists, 2-1 ¾ x 11 7/ 8 or 2- 1 ¾ x 9 ¼ LVL, at the perimeter of each modular. These double rim joist act as a continuous header along the perimeter of each unit/module and there is no need for additional headers unless the load is heavy. In all cases, columns or multiple studs must be provided for the support of the vertical loads. In this case, the roof framing most likely is not riding on the wall. Trusses or rafters may need opening hangers to transfer their load to the double rim joist.

If the roof trusses consist of main trusses and cap trusses, the top chord of the lower main trusses must be laterally braced against buckling by:

If you have main trusses whether they are hinged or not, the county requires that you show the connection at the ridge/mating line where the two trusses meet from the right and left units for modular homes.

Request a Quote
Additional Resources
Give Us Feedback

Adel is a Project Manager at PSE who joined the industry in 1997 and has experience in diversified aspects of structural engineering analysis, design and management. In addition to a strong technical base and natural structural curiosity, he has a large amount of field experience, which gives him a unique understanding into the total project cycle and needs. He started attending Graduate program at the University of North Florida in January 2011. He also attended graduate program at the University of Alabama at Birmingham in August 2012. He received his PhD in Structural Engineering in Dec. 2014.

Joining PSE in 2015, Mr. Elfayoumy has worked on a diverse range of projects including commercial, residential, bridges, cables structures, membrane structures and bamboo houses.   His many years of professional experience instilled in him the passion and ability to solve unique challenges and collaboration with coworkers and clients.

In addition to a strong technical base and natural structural curiosity, he has a large amount of field experience, which gives him a unique understanding into the total project cycle and needs. Adel is passionate about structural engineering and creating innovative solutions that work for all: structurally, architecturally, constructability, economically, and ultimately the owner and end-user.

His academic background and structural engineering experience prepared him to be an effective key person in PSE.

Experience includes, but not limited to the following: